The DJI Mavic Air 2 Fly More Combo is an all-in-one drone package that includes everything needed to start flying right out of the box, as well as some handy ad-ons to help keep from getting grounded just as the action gets going. At the heart of the kit is the DJI Mavic Air 2 Drone, which is a compact, foldable drone that incorporates a 1/2” CMOS sensor mounted to a 3-axis gimbal, providing stable stills and video while in flight. Significantly less expensive than larger and heavier drones, the Mavic Air 2 incorporates pro-level features in a consumer friendly price point.

Performance for any environment

The DJI Mavic Air 2 might be a small drone, but with speeds up to 43mph, a flight ceiling of 3.11 miles, and a maximum flight time of 34 minutes, it’s able to hold its own against larger and more expensive alternatives. The included remote controller supports OcuSync technology to provide flight data and a live view of what the drone is seeing (through attached smart phone), and can receive 1080p video from up to 6.2 miles away, and fly from up to 11.5 miles away. DJI also incorporates their Advanced Pilot Assistance System 3.0 (APAS) to avoid accidental collisions and a Return to Home (RTH) feature to help keep the drone safe if it goes out of sight during flight.

The onboard camera has an effective resolution of 48mp and a wide angle lens equivalent to a 24mm lens. Not to be limited, the camera can shoot JPG or DNG files, has an ISO range of 100-6400 ensuring use even in low light, and video a 4K resolution all the way up to 60fps. Memory is stored on a Micro SD card and is compatible with cards up to 256GB in size.

Given the hybrid drone/camera combination, there are some great additional features in the Mavic Air 2. Focus tracking abilities allow the drone to follow a target while avoiding objects in the flight path, camera tracking for flying the drone manually while the camera tracks the selected subject, or Point of Interest 3.0, which allows for creation of an automatic flight path around a subject while keeping the camera centered. Hyperlapse Time-Lapse Shooting, HDR, and six pre-programed aerial patterns are all also built in, meaning video is limited only by imagination. 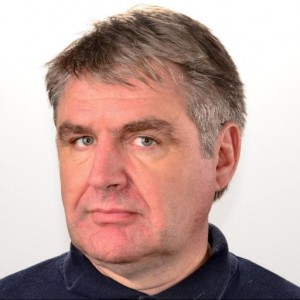 As soon as I walked into Pictureline to pick up my drone, I knew I was in the right place. Thanks Pictureline!