Since the introduction of the revolutionary PavoTube line, customers have been asking for a smaller and more portable version. NanLite has answered with the introduction of the PavoTube II 6C RGBWW 10” LED Tube. This smaller tube light has all of the same great features of the larger originals, with improvements to the design, user interface, and portable nature of the smaller size.

Just like the larger offerings, the NanLite PavoTube II 6C RGBWW 10” LED Tube has an easy to enable extended bi-color range of 2700K to 7500K, allowing for seamless blending of light with the environment's ambient light. It also incorporates red, green, and blue LEDs to allow for selection from 360 different colors, and with the built-in hue control, the number of color combinations is increased exponentially.

The PavoTube II has a surprisingly bright 520 lumen output at one meter, but all of that power from such a small light does not come at the expense of quality. A CRI of 95 and TLCI of 97 mean consistent and accurate color reproduction. In addition to the extended bi-color range, a green-to-magenta adjustment makes it easy to mix with unique lighting elements.

The PavoTube II 6C has an internal lithium-ion battery that can run for up to 65 minutes at full power, and uses a standard USB-C connector to recharge. At just 10” long, it’s an easy light to carry in just about any gear bag, features 1/4”-20 receivers on both ends, magnets for mounting to metallic objects, and compatibility with almost any T12 diameter accessories.

The PavoTube II 6C has an updated user interface, making it easier than ever to access either the bi-color or RGB modes, or additional built-in special effects. With modes including CCT Loop, CCT Flash, Storm, Police Car, TV Fire, Bad Bulb, Fireworks, and more, NanLite has incorporated a number of great presets to complement any creative vision. 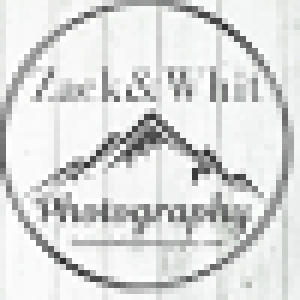 Great asset to your lighting kit

I bought these specifically for a product shoot, to add a colored rim light to the product I was shooting. They worked amazingly! The battery life is great, and I love the anti role design of the lights. Also they are magnetic and super versatile as to where you can put these. Being able to hang them or attach them with out extra stands, cables or gear to trip over is key. I was able to build a pretty tidy set and was then able to focus on creativity, and less about the gear. Love these lights and the endless possibilities to create colorful images. I also will be using these as hair lights for interview video projects. Stoked to see what else I can do with them.

Fantastic RGB light. So many applications possible. Great to always have a couple in the bag. At full power it lasts over an hour with a full charge. Even longer at lower power. I have two and might get more as I find more applications.

Got it quick, decent price, no hassle and it works. Got 3 defective units from B&H, so....